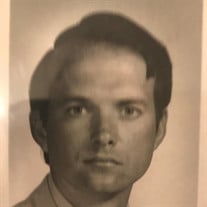 Dr. Morris Emory Franklin, Jr., world renowned surgeon, passed away August 2, 2020, after emergency surgery. He was born on August 10, 1942, to Morris Emory Franklin and Dorothy Downes Franklin in Fort Worth, Texas, where his father worked in the Corps of Engineers for the World War II effort. In 1945 the Franklins moved back home to Poteet, to take over the family business, the Franklin Bros. store. Morris Jr. grew up in Poteet , working in the store, delivering groceries, learning about mechanics, and farming, taking care of his dog’s wounds, and singing tenor at the annual family Christmas celebrations. Active in Scouting he earned his Eagle rank. He graduated from Poteet High School in 1960 where he excelled in academics and athletics. He graduated from the University of North Texas before entering Southwestern Medical School in Dallas in 1963. After medical school he came to San Antonio, starting his 53-year career by working at Robert B. Green Hospital (now the University of Texas Medical School), for his residency training in general surgery. His next stop was the Army’s 67th Evac in Pleiku, Viet Nam where it was not unusual for him to operate for 36 hours straight. His return took him to Fort Collins, Colorado, before he took over a medical practice by the Southeast Baptist Hospital in San Antonio. His career as a surgeon took an unimaginable leap when Morris and his colleagues attended an out- of- state seminar on the surgery of the future, laparoscopy. With his colleagues, Dr. Bill Schussler and Dr, Joe Tippett, Morris developed new surgical techniques and, in conjunction with surgical equipment companies, new surgical devices. This team then started to train doctors around the world in countries such as France, Germany, Spain, Italy, Great Britain, Japan, Australia, New Zealand, Brazil, and Mexico, as well as many U.S. states. Dr. Franklin served as a Clinical Professor of Surgery at the San Antonio University of Texas Medical School. He taught residents trained in foreign and US medical schools as interns in his own practice at his Texas Endo-surgery Institute. Many of these doctors are now teaching at medical schools across the country. He authored 128 publications and received numerous recognitions for his work in his field. In 2018 the Southside Chamber of Commerce named him as a Southside Legend at their annual gala. The surgical wing of Mission Trail Hospital is named in his honor. He held membership in a number of prestigious surgical societies. Unknown by the public, Dr. Franklin performed surgery on notables from across the US and a number of foreign countries, but his heart remained with the people of South Texas. Dr. Franklin was a sixth generation Texan, with a heritage dating back prior to the Texas War for Independence. He was the great-great grandson of one of the earliest doctors in Bexar County. In recent times he especially enjoyed spending time with his son, a Cubmaster, and his grandsons, who both earned their Arrow of Light rank. He also enjoyed making trips to the family lake house that he helped build as a teenager and to his property in Montana. His constant companion has been Cindy Seltzer, who shared in his love of life and adventure. He is proceeded in death by his parents, Emory and Dorothy Franklin. He is survived by his former wife Linda Franklin, and his son, Morris Franklin III and daughter- in- law, Dr. Anna Franklin and their children, William and Daniel of Centennial, Colorado; his sister, Patricia West and her husband, Pat and their children; and his brother, Richard Franklin and his wife, Janie and their children. He is survived by numerous relatives, friends, and colleagues throughout the world, as well. Due to the pandemic, a celebration of his life will be planned at a future date.

The family of Dr. Morris Emory Franklin Jr. created this Life Tributes page to make it easy to share your memories.

Send flowers to the Franklin family.